Another year, another International Motor Show here in Geneva, and as usual we were treated to an array of exclusivities and amazing debuts from all over the world. From Aston Martin to McLaren, Bentley to Porsche, and Ferrari to Lamborghini, without forgetting niche manufacturers such as Pagani and Koenigsegg, the next wave of exotic luxury vehicles was in attendance to this years show.

While we were treated to the Pagani Huayra Roadster and cars such as the Scuderia Cameron Glickenhaus 003, the craziest car to be shown at the 2017 edition in our opinion was the Aston Martin Valkyrie. A car with the aim to set lap times that would equal the top LMP-1 cars while being a completely road-legal car with a One-to-One power/weight ratio. All of this would of course be done with the help of a naturally aspirated V-12 topped with an electric assistance to reach 1’000+ bhp. 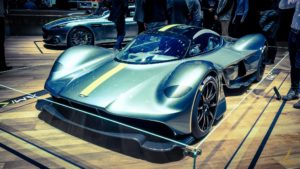 Up next was the world premier of the McLaren 720S set to compete against the Ferrari 488GTB. A 710bhp monster with 770NM of torque to deliver eye-watering performances such as a 2.9 second 0-100 km/h with a 340km/h top speed.

This will be the first model from the new generation of McLaren cars, replacing the current 650S in the Super Series and being the first McLaren to have the new 4L Twin Turbo V8 engine instead of the usual 3.8L Twin Turbo V8. 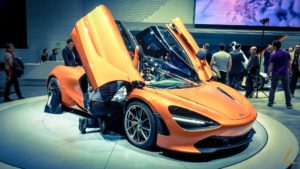 Further down south, hailing from Ferrari’s Italian stable was the brand new Ferrari 812 Superfast, the most powerful Ferrari road car to ever hit the streets with it’s 800hp V12 engine (excluding the LaFerrari because of it’s hybrid assist). Lamborghini showed off it’s Performante version of the Huracan and Croatian manufacturer Rimac Automobili was back this year with the Rimac Concept One electric hyper car. 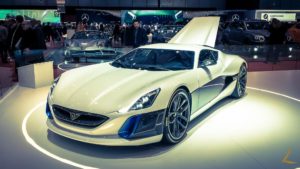 The show continued with Bentley presenting the Mulliner version of the already highly-luxurious Bentayga alongside the Continental Supersports and the EXP12 Speed6e, an electrified droptop take on the coupe concept they had previously presented, which aims to announce the future design directions the group wishes to take.

Bugatti took the opportunity to showcase the first Bugatti Chiron customer car to the public with great effect and aptly hypnotising the crowd with it’s extreme looks and 1’500hp-strong engine.

Another great discovery was the return of Spyker with the C8 Preliator which announced the loss of the 4.2L Supercharged Audi engine and the unexpected arrival of a 600hp 5L V8 developed by none other than Koenigsegg. 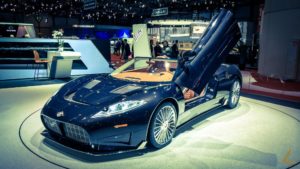 Of course there was much more to see and discover, so head on over to our Facebook page to see our full album of the show by clicking HERE and don’t forget to follow us on Instagram, Youtube and Facebook to keep up with our next adventures!